Drawing on 35 years of experience growing profitable businesses across the world, here Greg Savage describes how a good leader is defined by their communication style, in his 'Savage 12 Communication Commandments'.

It is obvious, but much of what defines a good leader is their communication style. What you say. How you say it. When you say it. And also, importantly, what you do not say.

I have made all these mistakes myself, and sum up my learning for you in what I egotistically like to call, the ‘Savage 12 Communication Commandments’.

You will never be accused of over communicating.

You are not going to have an exit interview where people say, ‘I was kept too informed, and you just shared too much important stuff with me. I have had enough of being looped in. I am leaving‘. You will hear the exact opposite of this as people resign, however.

Don’t wait till people start to make things up because of a lack of information. And they will. Don’t communicate only once and think people will ‘get it’. They certainly won’t. Repeat the message in different ways and at different times.

Tell them everything or tell them nothing.

This is not always possible, but where you can, paint the full picture, anticipating follow-up questions and concerns, and addressing them early. I have learned that telling people half the story is dangerous. They will invent the missing information. For example, I remember a manager who, on discovering that the office lease was up in three months, and a fast move was required, raced straight out to tell the team, prefacing her news with the fateful phrase ‘Don’t panic, but…’. Of course, they all panicked and started imagining, and believing, bad scenarios, like the company, was going bust, which was far from the truth. Far better if she had kept that information to a trusted few, found new space, and then announced ‘our exciting move to better offices’.

Empathise before you communicate.

This is critical. So many managers get this wrong. For example, you are cutting the recruitment advertising budget. Don’t just deliver that news as a fait accompli. Blunt. No sense of understanding of how it will impact the team. They will be upset about the advertising reduction, but resentful about the lack of empathy. Something like this will soften the impact significantly. “I know cutting the advertising budget is going to make it harder in some respects, and we are not happy about that. So, for a while, you will need to adjust, but what we do now is not working, so we want to spend the money smarter, on more effective candidate sources.”

This is your most significant and most damaging mistake. And we are all guilty of it. Over-promising, under-delivering. Allowing our ‘authority’ as ‘the boss’, to let commitments slip. It’s easy to do. “Next week Bob, I will make time to come on two client visits with you”. And it never happens. A thousand other statements of intent, big and small, that we don’t follow through on. The point is, it damages your credibility, and it denudes trust. And what I learned is if people can’t trust you to deliver on your small promises, they won’t believe you on the big ones.

Use informal and formal channels.

Formal communication channels like email and newsletters and even staff briefings, tick the box in the sense that, ‘the information has been passed on’. But has it been understood? Especially by critical people? So targeted follow-ups, at the desk, over drinks, on the way back from a client meeting. This is where you will get the questions that are not asked in public, or in replies to group emails. This is where concerns are raised and can be handled at the source. This is where you will able to really cut through any confusion.

We are great at celebrating significant milestones in recruitment. A record quarter. The annual ‘big biller. Superstar Awards. However, good leadership understands that success builds belief. So small and frequent celebrations are a superb way to reinforce behaviours and massage self-esteem. Share the news of Mary’s biggest placement, Fred’s first retained order. Our biggest placement ever. A key new client won. People want to work with winners, and love to hear positive war-stories. They are happening every day. Communicate them.

Approach this one with caution. It depends on company ownership, policy and a range of other factors, so you have to make this call, but I believe it builds trust and buy-in. I was International CEO of Aquent for ten years (That means I ran all their business outside America) and I stole a nice little tradition from my US colleagues there, ‘The Fireside Chat’. Every month I would address the company. Everyone. And we had 25 offices in 17 countries! So, we used video, Skype, conference call, and even recorded it when I gained responsibility for Europe, which of course has irreconcilable time differences to Sydney. I would often share the company results, operating profit against budget, margins, client revenues, top biller fees. Yes, it’s sensitive stuff, but mostly I find people will be mature and will value being brought into the inner circle. It’s a question of feeling respected and included and taking pride in, and responsibility for, the results. As I say, tread with care on this.

You are at your desk, need to tell the team about a new initiative, a big success, a change in policy. Perhaps you need to give some feedback to a consultant. Bang out an email! Job done right? Wrong. It’s infinitely better and more effective to communicate that verbally. The research tells us that, and so does common sense. You can always follow up with an email if you just can’t stand not sending one.

If you have something distasteful to communicate, prepare honest, carefully crafted answers. Say your company is going to have to close a branch office, predict the questions you are likely to get or what people are likely to think. Be careful of the language you use. For example, “we have decided not to replace the consultant who left the perm desk because we see the perm market plateauing for a while, and we think the people we have now are fully capable of servicing our current client workload”. That’s a lot better than “We are not replacing her because the perm market is so bad and will probably tank even further soon, so we think it is dangerous to hire someone else because none of you will have enough to do”.

Here is the golden rule, and don’t ever break it (but we all do) Never, ever, never, ever speak to one recruiter about the deficiencies of another recruiter. And it’s easy to do, isn’t it? You are at the lift. A member of the accounting temp team comes out. You congratulate him on the teams record month, remarking how everyone did so well. He says, “yes it was great, just Betty didn’t hit her target”. And you, fatally, remark “Ah yes Betty, sometimes I feel she doesn’t put 100% effort in”. There it is! Mild you think? But when it gets back to Betty, do you know what she hears? She hears “Greg says you are a lazy bitch!” because that is the way humans work. And is Betty loving me for that remark (true or not)? I think not. Deriding one staff member in front of another smashes your credibility and their trust, destroys confidence in you and stunts engagement. Don’t do it.

Don’t share news or plans first with a selected few. Seems obvious but it’s easy to do because you will have better relationships with some staff members. I remember a cataclysmic error of this nature I made as a young manager/ business owner. Recruitment Solutions had a mixed touch football team. I was a member of the team, and so were about 12 other staffers ranging from senior managers to admin staff. Lots of chat and banter and beers in the bar after the game. Understandably but still stupidly, I let my guard down and several times discussed matters that were best kept till a later date in a different forum. Later I learned that the perception was those on the touch team were ‘insiders’ privy to special information and special attention. It was divisive, and it created a negativity that was totally unintended. Lesson learned. Don’t have ‘favourites’. It creates distrust and resentment.

So, there you have it. The ‘Savage 12 Communication Commandments’, ready to serve as your template for leadership through communication. Remember though, as much as you can work on your communication style, it can never become ‘finessed’ or ‘over-rehearsed’.

Authenticity can’t be faked. People see through spin and they reject it. 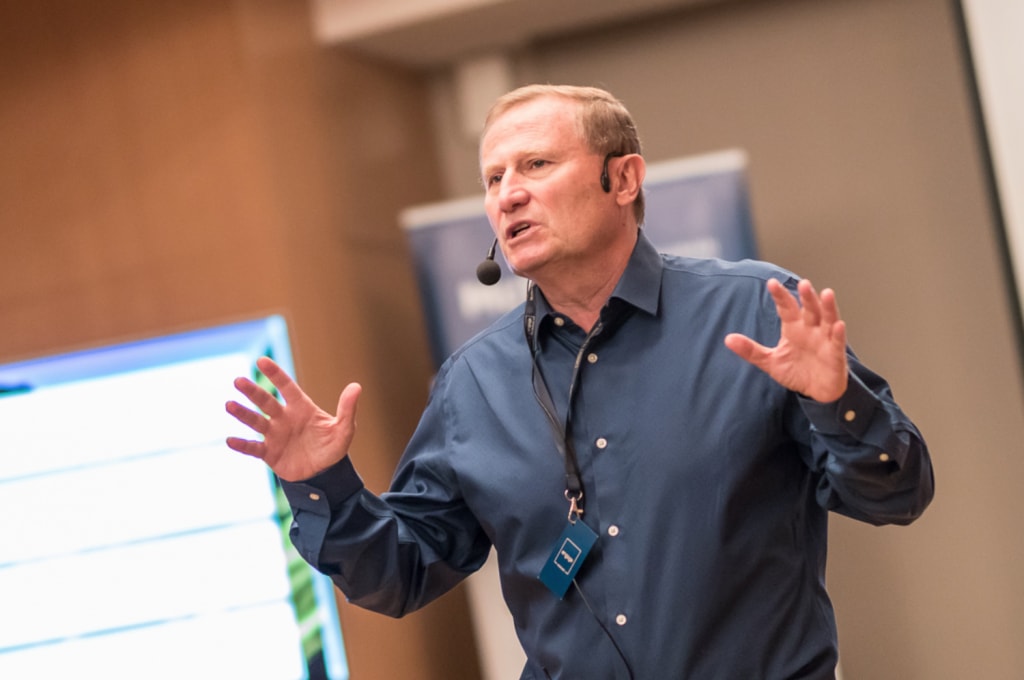 Greg Savage is widely acknowledged as one of the most influential and engaging speakers on recruitment, social media branding and leadership issues in Australia, or indeed, anywhere. Greg has been on the Board of a Public Recruitment company, and of global recruitment companies operating in over 25 countries. He has also started and sold his own business several times.

If you liked this, you can read more of Greg’s blogs here http://gregsavage.com.au/the-savage-truth/ 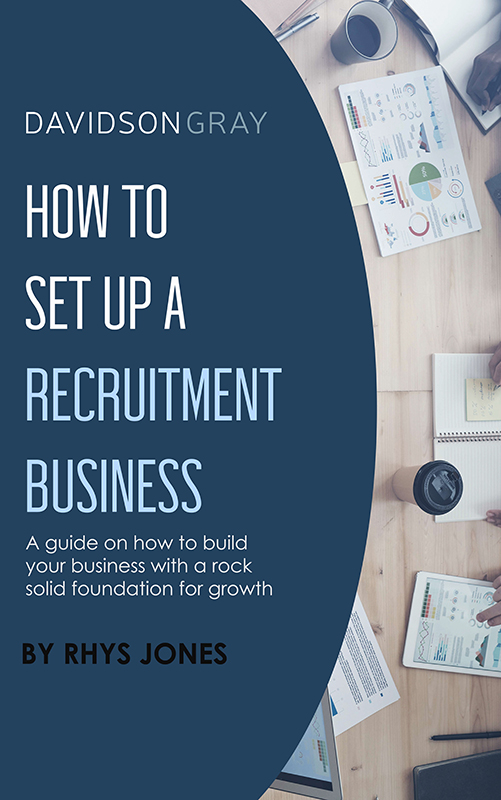 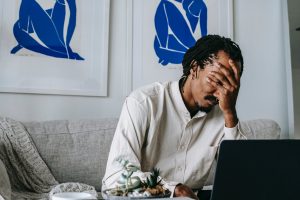 How to start a recruitment business

Working with us should protect you from making mistakes as a business start-up, but here are the most common we’ve found. 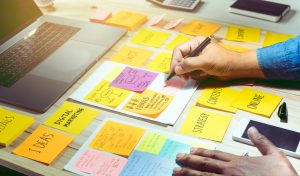 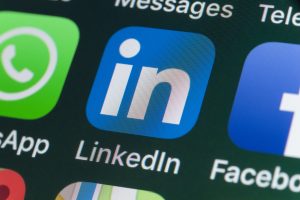 Here we examine the potential LinkedIn options in more detail and find out what you get for your money and how to make the most of the investment.

Working with us should protect you from making mistakes as a business start-up, but here are the most common we’ve…
Read More

Here we discuss how if you do your marketing right, you can get a much bigger return on the money spent on marketing than…
Read More

How To Scale Your Recruitment Business

Here we highlight the difference between growing and scaling your recruitment business, along with tips on ‘smart marketing’ and new…
Read More

Your Start-up Now Has Money, Should Hiring Someone Be Your First Investment?

If you’re ambitious to grow your business and your goal is to grow a good-sized company, the chances are that…
Read More

Is Building A Recruitment Business To Sell A Good Idea?